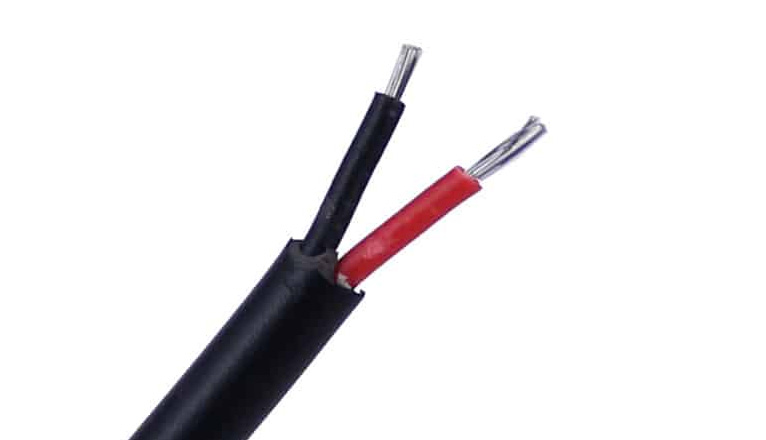 300 Watt amp with 500K micro capacitor might not pack as much juice as you think it would. In fact, many people will say that you wouldn’t even need a capacitor for a system of that size – but each to their own.

Capacitors are energy storage devices, which means they can prevent your voltage dropping and keep your lights shining bright. When you’re blasting your sound system with your lights on (IE: sharing a power source) without a power storage system, your lights will dim because your alternator can’t keep up, making your electronic devices find other sources of power – in this case, your car battery.

Many people believe that capacitors are simply ‘decoration’ or bragging rights. Sure, they’ll make life a bit easier for your alternator and battery, but at the same time uses extra power to charge, making them not very effective (in some cases).

An alternative solution to a capacitor is to rather spend your money for thicker power cables to your amp, a higher output alt or even installing an extra battery in the back.

That small of a cap is a waste of money …
Most caps are waste. That small of an amp will pull only 20/25 amps if your car can’t source that small of a current the cap will not helpHeres some reading for you:The Truth about Capacitors
——————————————————————————–
After studying a little history on large 1 Farad capacitors in car audio, you’d be amazed that they even sell at all. How useful are they? What do they really do? Will a Cap ‘improve’ my sound quality? Will it Prevent my lights from dimming? Will it audibly affect my audio system in any way?Before you get the truth to any of the above questions, chances are, you’ve probably spent $100 or more on one of these devices. However, let’s study a little history regarding this issue.A long time ago, in a land far away, 2 elves…Ok, Richard Clark & Wayne Harris (Carsound magazine and the inventor of DB Drag, respectively) separately came up with a solution to preventing their lights from dimming.WHO WERE THESE GUYZ?As you may know, Richard Clark is one of the founders of autosound2000 Tech Briefs, Carsound magazine, and a published author of the industry of mobile electronics. In SQ competitions, he posted a record of 1234 1st place finishes, and only ended up NOT 1st in his first event. I’ve heard that he had minor system problems, but judging by his record, he must have corrected it. (evidently, he needed a Capacitor )Wayne Harris was previously a leader at Rockford Fosgate in their development. Later, in his free time, he created the organization we call DB DRAG. Wayne was the first SQ World Champion from the organization we know as IASCA (International AutoSound Challenge Association).Both of these gurus are both legends, and considered the leading experts in the field. During their competition days, both guyz came up with a way to assist in the prevention of voltage drops. In SQ competitions, the look of your system is actually more important than the sound, and having your lights NOT dim under high playing levels is a competitive advantage.As you may know, amplifiers are made up a bank of little capacitors, resistors, etc. What has been common engineering knowledge is that capacitors store energy, and more or bigger ones assist in balancing the power supply.Wayne came up with the idea of putting several dozen ‘little’ (approx 100uF) capacitors on a circuit board to ‘extend’ the power supplies storage. At about the same time, or shortly afterward, Richard came up with the idea of one huge mondo capacitor (I believe it was 800,000uF or 0.8F) to do the job.

Eventually, Richard won. The large cylindrical tubes won over the complicated 48 caps strapped to a circuit board. However, what did this really accomplish? Let’s start here:

WHAT IS A CAPACITOR?
Basically, capacitors are an energy storage device. Large, 1 Farad or more
capacitors store energy (electrons) between their plates. Capacitors differ
from batteries because batteries store energy in the form of chemical
energy–and rely on acid and lead plates, as the place of storage. For a more detailed
description of a capacitor, go here:
http://www.eatel.net…sc/caraudio.htm

Then on the right hand side, scroll down to CAPACITOR. Keep in mind the use
of capacitors in an audio system.

WHY DO PEOPLE BUY CAPACITORS?
The number 1 reason would have to be because their lights dim when their
system is playing HARD. In car audio, we are told that a capacitor is
designed to prevent the voltage drop associated with your lights dimming.
The number2 reason is that it is rumored to ‘improve’ sound quality or
‘stiffen’ the power supply/source.

WHY DO MY LIGHTS DIM?
Headlights brightness is in direct proportion to the source voltage. For
instance, if your car is running, system voltage is ~12.5 -14.4 VOLTS. Your
lights will be much brighter than when your car is turned off–where battery
voltage is ~12V. Most car alternators put out between 75 to 120 amps of
current. When this current draw threshold of the charging system is
exceeded, system voltage will drop as power demands are now shared by the
alternator and the storage devices (battery & cap).

We are using battery
reserves beyond this point until the demand lessens
When playing your system really hard.

Your lights dim because your
alternator can’t keep up it’s charging voltage (around 13.5V) and therefore,
demand exceeds output. When this happens, your electronic devices are
dipping into the power storage of the battery. Since the battery stores
power at ~ 12-12.5V, there is a 1.3 to 1.8V drop in voltage available. This
in turn is why your lights dim down.

Due to its impedence (ESR & ESL), a cap’s energy is only 50% available. What’s worse, is that in order for a 1 Farad cap to discharge, first the alternator output must have maxed out, and the voltage must have dropped around 1.5 volts. But I thought a cap was supposed to prevent that (voltage drop)!!!!!????? Yep, you got the point.

IF A BATTERY = 2,200 CAPS, THEN WHY BUY A (PUNY) CAP?
My question exactly. Marketing is the reason why people buy caps. In many cases, upgrading wiring will help your system get the maximum transfer of current. Once that has been reached, adding a capacitor may have a minor effect on your system. 50W over the course of a second is not a lot of power considering an amplifier may draw 2000W to put out 1400 watts. Let’s look at the situation from a resources standpoint.
Alternator 80 amps
Car accessories (minus stereo) 40 amps
A large Car Audio system (DRAWS ) ~200 amps AT FULL OUTPUT

In this case, you have 240 amps of draw, but only 80 amps of current from the alternator. In your case, you need 160 amps x 12 volts or or let’s say 1920 watts of energy. Since a cap stores 50W, how much of a difference do you think it’s going to make? A cap is basically a peashooter. W+e need a Howitzer cannon here, to do the job well.

Also, Once a cap is discharged, where does it get it’s power from? The alternator, which is already overloaded. Once a cap is discharged, it’s worthless. Like SWEZ says, %u30FB.The cap already shot its wad, an does limp til recharged%u30FB I%u77E5 not so certain I will allow him to babysit my kids, but you get the drift. (I never said it quiet like that… and oh…I’m great with kids!)

SO, WHAT IS A CAPACITOR GOOD FOR?
1. Audio Jewelry- impress chicks with large cylindrical shiny thingy
2. Extra weight in winter time
3. A very POOR… BUT expensive distribution block
4. A projectile in the event of a crash
5. Rolling pin–for cooking purposes
6. A neat thing to tell your friend, “..Hey man, lick the top of this..
Please do not try # 6. New hairstyles are always refreshing, but if you are wearing railroad tracks across your teeth, you might have one big filling after it%u75F4 over.
HOW CAN CAPACITORS IMPROVE SOUND QUALITY?
They can’t. Sound quality is not dependant upon the presence of large bulky 1 Farad capacitors. How many 1 Farad Capacitors do you think the Boston Pops, Aerosmith, or Snoop dog use in the recording studio?

IN A NUTSHELL…….
When Richard, our fearless inventor, became World renown for winning every competition under the sun, people began copying what he did. Soon, every ‘serious’ competitor had a ‘stiffening’ capacitor–not to be confused with the ‘loosening’ capacitor.

WHY?
In the late 80s, people began sticking out their tongue when dunking the basketball because Michael Jordan did. Did sticking out your tongue improve your dunking ability? Same here with adding a capacitor to your electrical system.

STILL A GLUTTON FOR MORE PUNISHMENT?
Here’s the Original Cap Debate.
http://www.carsound…..-1-000307.html
Phoenix Gold’s marketing guru had just posted information on how their Powercore (basically the Alumapro CAP15 in a Phoenix shell) had both stabilized their voltage and improved the sound quality. Richard called him on it (all in another post) and the marketing geek was unable to quantify any of the conditions that resulted in the voltage being HELD at 14.2V and the ‘improved’ sound quality.

Please do not read every stinking post as valid. There are a lot of people that have had the efficacy of capacitors inbred to their minds, and were not (and still not) convinced in the futility of a 1 Farad storage device.

In a final note, Richard relayed a quote regarding battcaps as, “..The audio industry is the only place i know of where you can publish specs that show your product is useless and still be able to sell them——and whats worse is that technically ignorant people will argue against the math!!!!!!!…………..RC..” when referring to the product. This also relates to most digital readout capacitors, and I wish my Archie Bunker skills could have said it better myself.