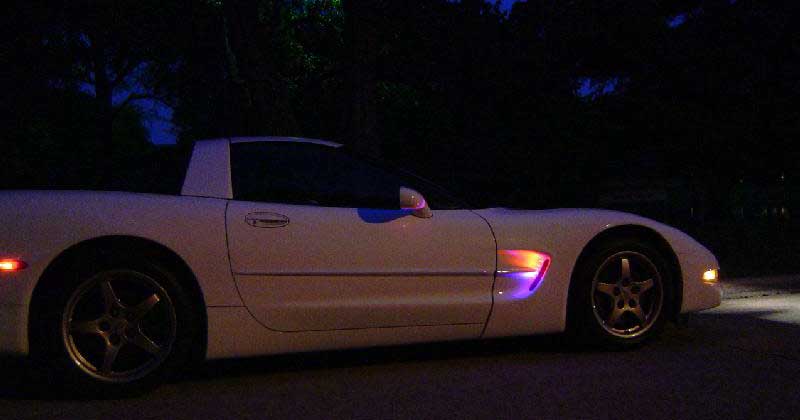 Virginia car LED lighting laws are a little different than others. The laws on all aftermarket and underglow lighting is a lot stricter than most.

All LED underglow lights for cars would be considered illegal in Virginia if they are lit and not covered while on a public road. You may of course use them and drive around with them uncovered when not on a public road. The underglow neon laws are so strict in Virginia that you’d probably be better off without neons as you’d most likely never get to use them. However, if you purely want them for uses that don’t involve public roads, just make sure you’ve got them nicely covered up and concealed and you should be fine.

I know that they are illegal on, as they are considered as a distraction.
But can we have them on the car but just turned off in public?

Cause I know it is illegal to have a radar scanner, even if it is boxed up and wrapped in duct tape and in the trunk, where it cannot even be reached by anyone in the car…

Actually, I answered my own question.
There’s a faq on the va police site
https://www.vsp.virginia.gov/Safety.shtm

“Are neon lights legal for use on vehicles in Virginia?
Neon lights are illegal anywhere on or in a motor vehicle in Virginia, unless they are covered and unlit while the vehicle is being operated on a public highway.

NOTE: If the neon lights are mounted under the vehicle, the vehicle is not considered a proper cover. A cover would have to be made specifically for the purpose of covering these lights.”

yes ryan, in some states they are ILLEGAL to posses…thats why sites like crutchfield.com have disclaimers saying they cannot ship to the state of Virginia and Yes….FACTORY CARS CAN COME WITH ILLEGAL EQUIPMENT IN SOME STATES….

take the new mustang for example. Ford almost had to recall all of them because some states were claiming the car came with 2 sets of headlights…which is illegal.

Lexus had the same problem with the SUV (300 model I think) with the tail lights. States claimed there was not enough “red” in the light to pass state regs. Lexus did a small recall on the models that came out first and fixed the rest before they left the factory. But basically they had to add a little red tint to the light and a higher wattage red output bulb in order to pass state regs in some states…

But its never the fault of the driver of the vehicle…if its a factory installed option etc, the car company is responsible because they sold you an illegal product…and they would have to pay any fines or penalties you acrued because of their mistake…