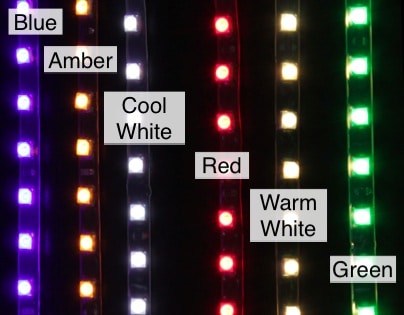 You may come across the problem with flexible LED strips that seem to have a few LEDs in a row that flicker or just don’t light up anymore.

To fix the problem, you’ll need to first figure out the the root cause.

You need to test your car’s voltage. Cars almost never run off of just 12v. The alternator usually puts out around 14v, and the battery is at 12v. Test your voltage.

If the problem continues you can add a small resistor. You can try either a 15ohm 1/2watt or 30ohm 1/2watt resistor on them to see if that helps combat the problem.

Here’s the thing with that (and I’m not say you’re incorrect in any way b/c you aren’t), these strips are designed for automotive lighting. It’s well known that the actual voltage isn’t 12V, it’s ~14V. The strips should be designed for 14V.

One shouldn’t need to add a resistor to a product that’s used as designed. But, that’s just my 2 cents.

The typical cause for LEDs failure is called thermal runaway. Its when an LED get too hot and starts to eat more and more current until its ultimate failure.

LEDs can handle higher than normal voltages but only for a certain length of time.

The LED under too much voltage will start to heat up, and then the current will start to rise as the LED goes into thermal runaway.

If you current regulate an LED then the voltage will be controlled by the LED itself. ICELED does this in all of their products. They control the current instead of the voltage. It eliminates that problem. But there is a lot more quality control put into ICELED that makes it more reliable.