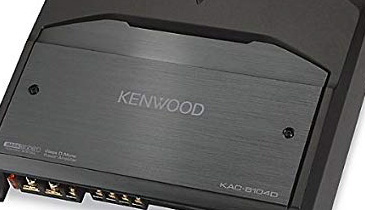 This one’s for the DIY guys looking to hook up anything and everything to your car audio amp. Well, if it’s LED or switch related, we’re on it, so look no further than right here!

How to wire LED Strips to car audio amplifier

Be careful when you DIY any project at home, especially wiring LED Lights to your AMP. It is always best to consult an expert at your nearest Audio shop before you attempt to hook up LED lights to your amp!

We surfed the net to find information on what others did regarding wiring LED strips to their car audio amps or sub-woofers.

You can wire your LED Strips directly to your subwoofer wire ports, but did you know you can also tap into an amp remote turn-on wire for LED power?

“What is an amplifier remote turn-on wire?” you might ask.

Your remote turn-on wire simply communicates to the amp that it needs to switch on.

If you opt for turning your amp on manually and would like to know how to turn on amp without the remote wire, here are some things you need to keep in mind:

My car subwoofer, is it blown or overheated?

You can rewire it using a relay off the switched power wire to the radio to a relay, you need to use the distribution block to the amp as a source. However, if you have more than one amp, it’s recommended that you don’t use a relay. Instead you could connect a wire from the switched power for the stereo to activate the relay.

As mentioned below in the thread: “the issue with that is you will begin to start drawing too much current from the remote wire output on your HU. It’s not too big of a deal for a small chain of LEDs, but once you start hooking up too many things to your remote wire from your HU, you’re bound to cause problems, and possibly even burn up your HU. “

How to wire a Toggle Switch for your AMP?

A toggle switch is an electrical component that controls the flow of electricity through a circuit by means of a mechanical lever that is manually controlled. There are several varieties of toggle switches, but basically, they’re essentially on-off switches for whatever circuit they’re wired to.

Usually, toggle switches are installed in devices that lack a pre-existing means for regulating an add-on’s operation.  Eg. someone might install a toggle switch in their vehicle to operate a motor vehicle’s interior LED light system or for their car audio amp.

How to install a toggle switch for your amp in 4 basic steps:

Can I connect two amps to one sub?

However, this is a question we’ve received before, the answer is yes, in the car audio industry, this is called strapping or bridging and will certainly deliver that power you’ve been looking for – but the most important thing that you should know before even looking at a wire is that you can only connect two identical twin amplifiers.

Once you know for certain that you’re working with two identical amps, you then need to determine if you have a single or dual voice coil sub.

A single voice coil sub won’t work with the two amps and will result in the outputs being fried as soon as you turn it on. A dual voice sub and the same amps can be done, but it needs to be effectively balanced.

However, two amps one sub is definitely possible.